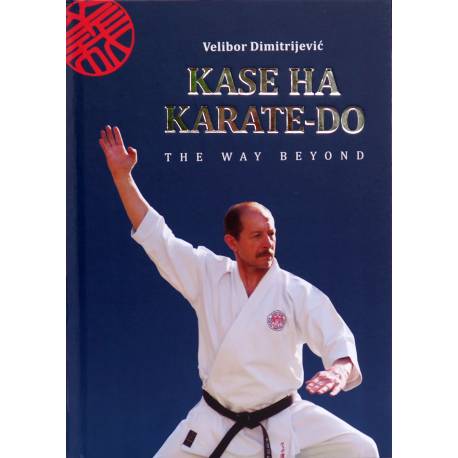 25 x 17,5cm, hardcover, luxury print with over 300 photographs, diagrams and dedications to the author written by Kase sensei.

25 x 17,5cm, hardcover, luxury print with over 300 photographs, diagrams and dedications to the author written by Kase sensei.

For the first time the principles and philosophy of the unique Kase Ha style of Shotokan based on the samurai Budo concept has been analytically explained.

The main pillars of the ancient Budo concept of practice which inspired Kase sensei to develop his extraordinary abilities are Centralization (Haragei), Zen and Ki phenomenon are explained. Besides technical characteristics the main emphasis is on the aspects of  higher practice like, rooting and ground resistance power, Ibuki breathing and the development of breath power, mind control and the concept of the Ki energy.

For these reasons the book is meant for advanced practitioners who are looking for the Way beyond ordinary practice. However, because of the crucial role of the stance and its “rooting” to the ground, bio-mechanical analysis and deployment of the forces within the stance are explained and depicted graphically. Further more, the development of ground resistance power based on the action-reaction principle is both graphically and theoretically explained in blocking, punching, kicking and also in makiwara practice.

“My intention was to shed more light on the secrets of Kase sensei’s teaching and make them more comprehensible and tangible to all who dare to search into their own hidden or latent potentials”. Velibor Dimitrijevic